I’m Charlie Caldwell III, LA actor of the Landrum Arts agency. I have been acting since the 1st grade, starting out as a little gator in a “Gators and Tigers” 🐅 🐯 stage play at an elementary school. In 2008, I appeared as an extra, originally a featured extra called RedFro, in the Hollywood film “Welcome Home Roscoe Jenkins Jenkins.” In 2014, while portraying Reverend Sykes in “To Kill a Mockingbird” play, Ms. Dawn Landrum saw the performance and accepted me into the Landrum Arts agency. In 2015, I was in an LA Film Prize top 20 short-film called “Freedom Of Knowledge” directed by Jevon Miller. I portrayed a character named Langston. In 2016, I was a singing 🎤 tribesman in a Top 5 LA Film Prize short-film called “Native” directed by Travis Champagne. In 2017, I was a featured Zombie 🧟‍♂️, channeling the inner Kung Fu 🥋 StarLord, in a film called “Separated.” Every year, I do my best to take the movie roles a step further into the professional arena. I’m very thankful for every opportunity granted, and one of these days the right role will be presented and it shall go well. 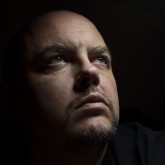